Definition And Understanding Of Production Planning And Inventory Control (PPIC) 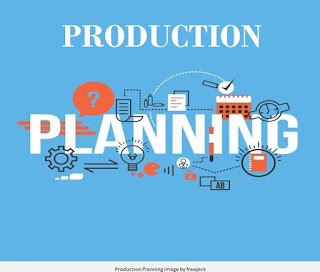 What is the definition and understanding of PPIC? PPIC stands for Production Planning and Inventory Control. If it translates then PPIC can be interpreted as the person responsible for planning, arranging and making production schedules and controlling the stock (inventory) of goods. And it is thus the existence that the function of a PPIC is like that. For those of you who happen to have been in the Department of Technic industry of course ever get a course about planning, about stock and safety stock in the industry.

In the manufacturing world, the role of PPIC is very vital and so in need because it is the person who translates the wishes of sales Marketing in the form of sales forecast or a plan of sale into the production process so that the goods are ready for sale.

If it is in a restaurant, a PPIC is a person who organizes a list of menus that must be cooked by the chefs to serve to diners. That means to make a list of menus that must be cooked, then a Chef should also know the materials that are needed to create them. As well as PPIC, after he got the sales forecast from the marketing division and then ordered it to be a schedule of monthly production then PPIC also needs to know what items are in need and when the goods will be In use by production.

There is a lot of things to do with a PPIC in a manufacturing company. PPIC also serves as a hub for many departments that exist and engage in activities in the company. How he synchronizes processes in different sub-assembly divisions so that at the end later in the division of final assembly. The goods can be raft to be a unit of product smoothly without problem. 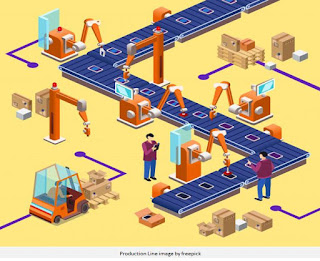 With so many things to do then the authority that has been owned by a PPIC in the company is very large. Then there is a phrase that if you want to work with great authority, can intervene in any department but you will not be in reverse intervention then PPIC is the answer. There are even expressions that say that the company holiday is determined by PPIC and not by the government. PPIC can turn a day off into a weekday when it is needed.

But the responsibility of a PPIC is also very large and does not mess. Although in the career position or structure of the company's organization, PPIC rarely gets a high position, it is not an obstacle because he has a higher authority even from a production head though if it Regarding production planning.

Usually in the company structure of a PPIC is not under any division or department. He was immediately under the company's CEO, so he had a very large authority.

So for those of you who want to pursue a career in PPIC do not worry and fear because you can only be intervened by the leadership of the company only and not with the other. But you also have to understand that with your great authority, your self-responsibility is also great. The problem or absence of the production process relies heavily on how and your strategy in aligning all of the existing processes so that it becomes a series of ongoing processes. If you are wrong in aligning the process then production will be problematic because, in the end, no one can be in the raft to become a finished product unit in Final Assembly.

This is the first article about Production Planning or PPIC. Later I will update interesting articles that you can read and we can share all about PPIC.