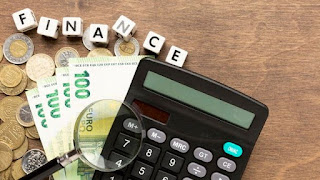 What is the average cost method?

An attempt or business that sells products to its customers certainly has to deal with the name of the supplies, either purchased from the manufacturer separately or manufactured by the company itself.

To calculate the total cost of goods sold to consumers during a certain period, usually, the company uses one of three methods of inventory costs, namely:

The Average costing method uses a simple calculation of all similar items that exist in the inventory, regardless of when the time and date of the purchase, followed by the number of inventory end items at the end of the accounting period.

Multiplying the average cost per item with the final inventory amount gave the company a number for the cost of the goods available for sale at the time. The same fee also applies to the number of items sold in the previous accounting period to determine the cost of goods sold.

Example of an average Cost method

Benefits of the Average Cost method

One of the benefits of implementing an average costing method is that it only requires minimal labor to implement it, so this method is the least inexpensive method of all the above methods.

In addition to being easy and simple in implementing these average cost methods, company revenue cannot be easily manipulated as with any other inventory costing method. Companies that sell products that cannot be distinguished from each other or that find it difficult to find the costs associated with individual units would prefer to use an average costing method.

The average method can also be helpful when there is a large volume of similar items moving through inventory, so it takes a lot of time to track the movements and usage of each of these items.

Which method is the most widely used?

That is an article about the method of product average cost-understanding and benefits. Hopefully it will be useful for you.