Port: It's Meaning and Function 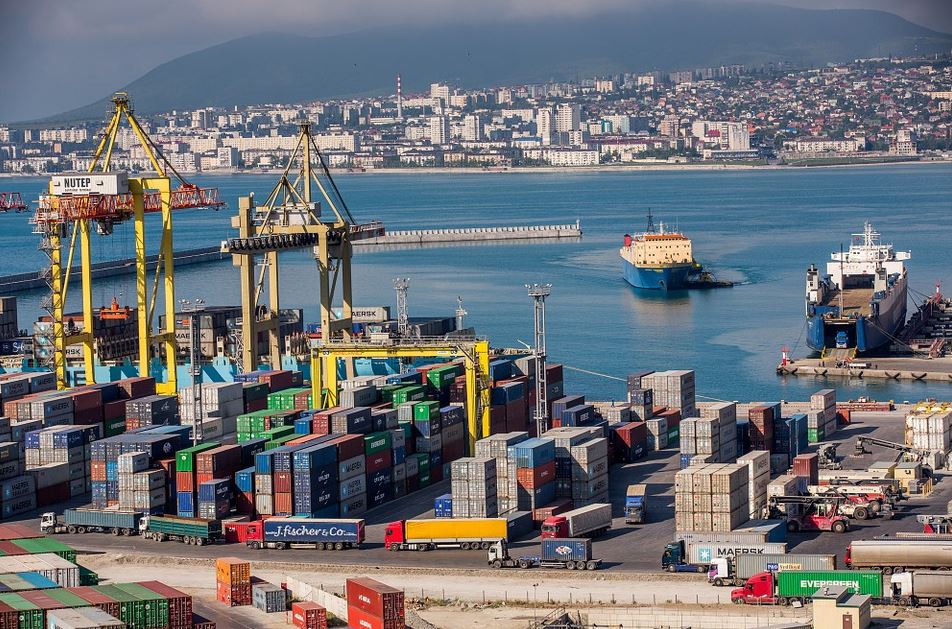 Port: It's Meaning and Function

The port is a place consisting of land and surrounding waters with certain boundaries as a place of government activities and economic activities used as a place where ships lean, dock, disembark passengers, and/or unload goods equipped with shipping safety facilities and port support activities as well as as a place of inter-transportation transfer.

In addition to facilities, there is also construction equipment for loading and unloading activities, and ports utilities that include clean water networks, power grids, and telecommunication facilities, sewers, waste and garbage installations.

Physically, it is also used as a place to dock, board passengers, and or unload goods.

Thus, ports in general in the form of terminals and ship berths are equipped with shipping safety and security facilities as well as other port support activities.

Its role as the main gateway in the process of passenger up and down, export-import loading and unloading, and inter-island trade makes the port provide various benefits for the Indonesian economy as well as for the area around the port.

In addition to opening up jobs to the community, especially for those living nearby, increased passenger traffic, export-import activities, and inter-island trade through the port will have an impact on increasing taxes and state revenues.

Similarly, export-import and trade activities between islands through ports play a very important role in boosting consumption and production levels.

The planned improvement of goods service operations for the goods terminal is to provide adequate warehouses and build-up fields to provide options for the owners of goods to take advantage of the buildup facilities.

Economically, it also serves as one of the drivers of the economy wheel because it becomes a facility that facilitates the distribution of production results. Socially, the port becomes a public facility where interactions take place between users (communities), including interactions that occur due to economic activity.

Shanghai and Singapore, Become the Busiest in the World

The Ports of Shanghai in China and Singapore are listed as the world's largest ports serving millions of containers and host thousands of ships throughout the year.

Shanghai was also named the best-connected place in the world by the United Nations Conference on Trade and Development (UNCTAD) based on mostly throughput, container efficiency, and technological innovation.

Shanghai can maintain its position as the world's best container port which in 2019 handles approximately 43.3 million TEUs.

Not only Shanghai, but china's ports are also currently at the top of the list as the world's largest. This made China, successfully shifting Hong Kong, which had ranked first in 2006.

Container traffic increased by 1.6 percent compared to 2018. It shows Singapore's growing importance to the global shipping industry. Singapore has grown rapidly since 2010 when it handled 28.4 million TEUs.

Home to the world's second-busiest ship, Singapore plans to take over shanghai if Tuas Port is completed by 2040. The Maritime Port Authority of Singapore (MPA) noted that the Port of Singapore recorded very significant growth in the past decade.

Singapore is also the world's largest bunker but saw a decline in fuel sales in 2018 from 49.8 million to 47.5 million tonnes. Its status as a major bunker center has made it critical since the introduction of the IMO 2020, a regulation that prohibits ax fuel containing sulfur by more than 0.5%.

Shanghai serves as an important port for international container transportation and flight centers in the Asia Pacific region. Shanghai has also been the world's busiest container port for 10 consecutive years.

In second place followed by the Singapore port. Despite the challenging environment in global trade, the Port of Singapore enjoyed its best the year of 2019 with an achievement of 37.2 million TEUs.