The Myth of the Disappearing Supply Chain 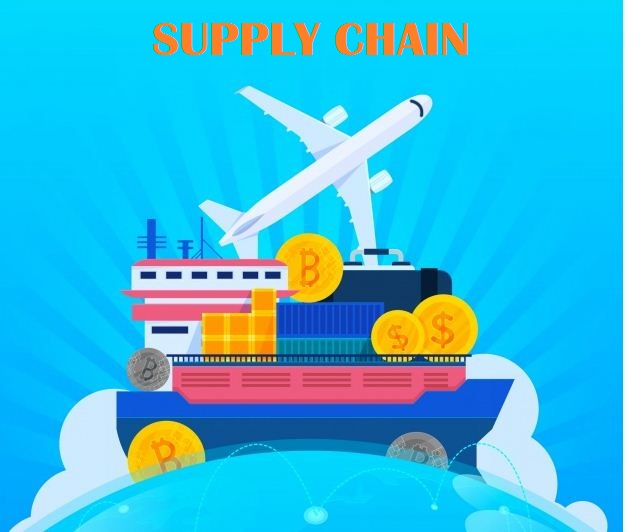 The Myth of the Disappearing Supply Chain - Recently, blogger Christopher Sciacca from the Supply Chains Rock blog, wrote a brilliant blog post titled "Are Supply Chains Disappearing?" I am an avid reader of Chris’ blog myself and follow his posts closely. This post of his in particular, got me thinking.

Firstly, ARE SUPPLY CHAINS DISAPPEARING? I certainly think (hope, pray and all of that too) that they aren’t. Chris is someone with a lot of experience in Supply Chain Management which clearly reflects in his blog posts.

He refers to a Wall Street Journal article in his blog post. This article really makes for some interesting reading for those of us who make a living of analyzing supply chains. It primarily revolves around a decision by Larry Ellison, the chief executive of Oracle. The following is an excerpt from the original article.

Mr. Ellison plans to buy Sun Microsystems Inc. and transform Oracle into a maker of software, computers, and computer components -- a company more like the U.S. conglomerates of the 1960s than the fragmented technology industry of recent years.

"It is back to the future," he told financial analysts in October.

Mr. Ellison is among the executives reviving "vertical integration," a 100-year-old strategy in which a company controls materials, manufacturing and distribution. Others moving recently in this direction include ArcelorMittal, PepsiCo Inc., General Motors Co. and Boeing Co.

One important aspect we need to look into is the reason for this supposed ‘vertical integration’ by the companies. While ArcelorMittal seems to be doing it to keep control over the raw materials side of its business, Pepsico wants to keep control of its distribution piece.

These delays can be offset by diversifying the supplier base but this might not be a viable option for Boeing, simply because of the industry it is in. At any rate, a common theme among these newfound "vertical integrators" is control over parts of the supply chain.

While I agree with Chris in saying that this is a shift that is noting, this phenomenon of a company owning a stake in its suppliers is certainly not new. In fact, a number of companies use this principle in their day-to-day operations.

Companies like Toyota with its Toyota Production System, have made it a binding principle to take ownership(by monitoring and guiding their suppliers – not actually owning them) of their suppliers and tie the suppliers’ success to their own.

The 14 Principles of The Toyota Way

Respect your extended network of partners and suppliers by challenging them and helping them improve.

Toyota treats suppliers much like they treat their employees, challenging them to do better and helping them to achieve it. Toyota provides cross functional teams to help suppliers discover and fix problems so that they can become a stronger, better supplier.

This management system ensures a closely knit supplier network which is willing to adapt to cater to the company’s demand. Toyota also keeps its suppliers close together which enables it use JIT manufacturing techniques.

This notion of keeping the suppliers close has also been used by Dell albeit for speeding up their manufacturing lead time.

Something to note here is the industry shift that is taking place in the case of Oracle. Oracle is moving from being a software company to becoming a full-fledged manufacturing company. This move certainly entails the requirement of better supply chain controls.

I have never believed in the concept that a completely FLAT organization can be a market leader. As a company grows in size, needs of driving innovation and maintaining quality while reducing the time-to-market in its supply chains will necessitate having a certain degree of control on their supply chain. This decision of Oracle, however, seems to be a rushed decision to say the least.

Larry’s change of philosophy seems sudden. As recently as March, Oracle tried to buy only Sun's software products, according to a filing with the Securities and Exchange Commission. But when IBM neared a deal to buy Sun, Mr. Ellison decided he, too, wanted the whole company. Oracle won by offering $9.50 a share for Sun, or 10 cents a share more than IBM's bid.

However, the shift from a software company to an integrated hardware-software provider means a shift in supply chain policy is imminent. I would love to see them use SAP software while they’re at it though.